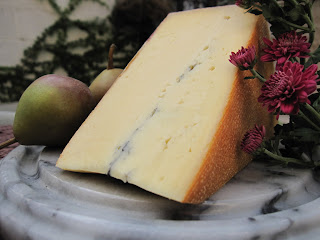 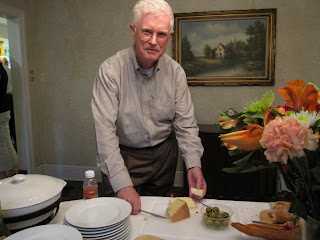 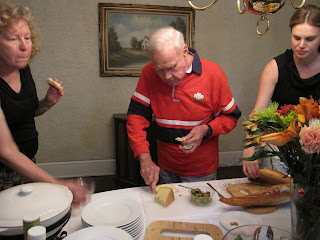 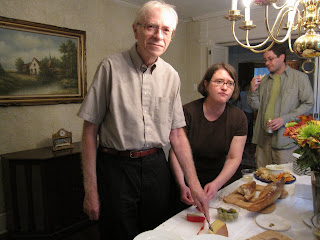 I was delighted to have found a satisfying Jesuit-party cheese.
Morbier has a rich history. In the foothills of the Jura Mountains, French cheesemakers used the ash to separate the morning milk from the evening milk. The ash kept the flies away and prevented the cheese from drying out. I was fascinated to read about this process because the makers of Humboldt Fog, an exquisite California cheese, perform this very ritual. Most Morbier that's available in the States is not created from morning and evening milk, and the dark line is made of vegetable ash, not the ash from the copper pot where the curds were cooked -- the traditional method.
Still, Morbier is a pleaser. Read the label, and look for a Morbier that hales from Franche-Comte/Jura or Doubs origin. Then you have the real deal. Melted Morbier is terrific, especially over boiled potatoes, Raclette-style, but it's also fine at room temp, shmeared on bread, served with a light, fruity red and a bowl of walnuts. Try inviting some theologians or some crusty professors. An excellent pairing.
Posted by Madame Fromage at 8:26 AM 5 comments 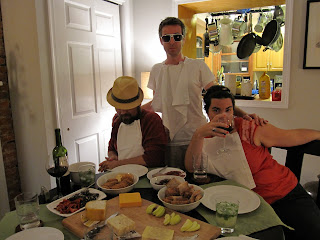 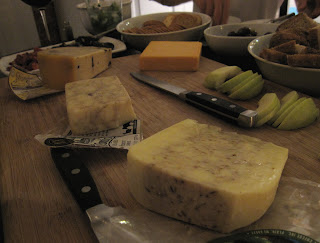 Posted by Madame Fromage at 10:39 AM 5 comments

This post is my humble bow to New York cheeses. 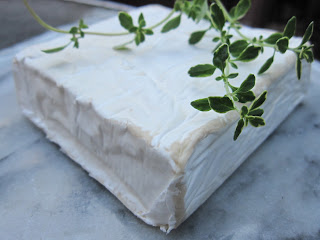 Last weekend, Madame took a wee road trip to Binghamton to visit an old cheese companion who recently moved to the state. Being dairy dreamers, we found ourselves in the local Wegmans, groping the cold cases and befriending the monger, a delightful woman named Kim.

Kim narrowed her eyes and fingered her smock. Under her breath, she mentioned something about a processed strawberry-flavored cheese, and when she saw our frozen grins, she walked us over to a dairy case and slipped me a square cheese wrapped in white paper: Hudson Valley Camembert.

I nearly fainted. Camembert from New York? Imagine finding truffles growing in Detroit. I shrugged, dropped it into my basket, and trotted off in search of a crusty baguette.

Friends, I had under-estimated the cheese makers of New York. I’d read about the state’s Farmstead & Artisan Cheese Guild, which includes fifty-some producers, but when I think of vacationing in cheese states, I spin the bottle toward Wisconsin, California, and Vermont. Now I’m ashamed.

The Hudson Valley Camembert was lunatic good: grassy, buttery, peppery, and the rind had a beautiful bloom. The mouthfeel was exquisite, so satiny. It was like eating oysters.

HV Camembert (think: Louis Vuitton Camembert) is made by Old Chatham Sheepherding Company, home to 1,000 East Friesian crossbred woolies. The Clarks, who run the farm, make their soft-ripened ‘bert using fresh milk from their own sheep, mixing it with their neighbor’s BGH-free cow’s milk.

In 2001, this Camembert won “Best Cheese in America” at the U.S. Cheese Championship. Where was I?

To make up for lost time, I will definitely be ordering some Old Chatham Ewe’s Blue and some Camembert Buttons – the gift baskets sold online are adorable. I’m also curious about the company’s ginger-flavored sheep’s milk yogurt.

Looks like I may have to make a pilgrimage to Old Shaker Museum Road in Chatham, NY to meet the Clarks, and pay my respects. 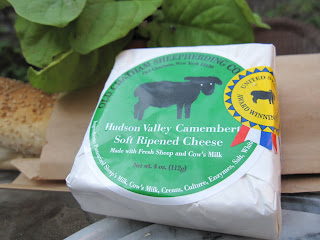 Posted by Madame Fromage at 7:09 AM 2 comments

What I Learned About Cheese This Summer 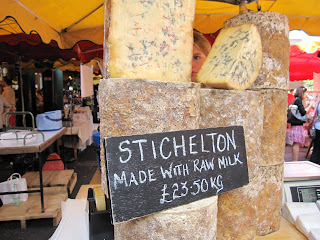 Back in April, I started cheese-blogging. Since then, I’ve spent five months researching, sampling, and serving my favorite dairy knock-outs, which have mostly been blues. Here are 10 things I’ve discovered:

Posted by Madame Fromage at 10:05 AM 2 comments