A Visit to Keswick Creamery 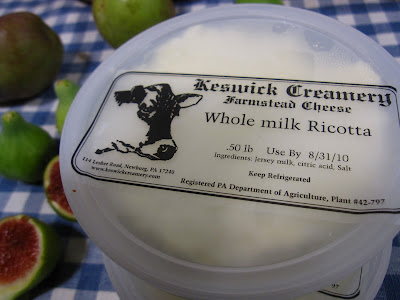 Cheesemongers are some of the nicest people in the world. In fact, I’m tempted to say that as a profession they do more to promote small farmers and artisans than just about anyone else in the food industry, except maybe chefs. Take Paul Lawler, a local cheesemonger I’ve gotten to know primarily through this blog. Last week, he invited me out to a dairy farm in Cumberland County, where he was “babysitting the cheese room” for a pair of cheesemakers. How many people do you know who will babysit a cheese room? 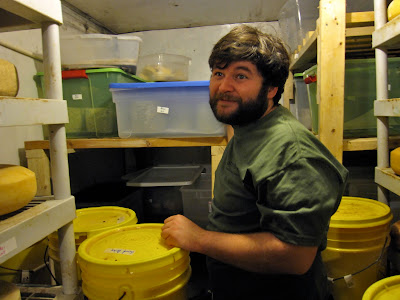 Paul, who works at the Fair Food Farmstand in Reading Terminal Market, has advocated for Keswick Creamery over the last several months as this family farm struggles to stay afloat. Recently, the owners hatched a plan to raise some much-needed capital by offering shares of a dairy CSA. Paul, who interned at the creamery last year, wanted me to check out the operation so I could see, first hand, what goes into making quality raw-milk cheese. And he had a hunch I just might want to write about it.
Keswick has made a name for itself locally but also in D.C., where the creamery has a stand at the DuPont Circle Farmers’ Market. The creamery’s ricotta and quark (a dense, creamy wonder that spreads beautifully on bread) have gained favor with chefs and made headlines in the Washington Post. The Fair Food Farmstand and Greensgrow in Philly also carry these products. These small-batch cheeses are especially flavorful because Keswick cows graze on pesticide-free pastures in the Cumberland Valley. Happy cows make for excellent cheese. That’s a fact. 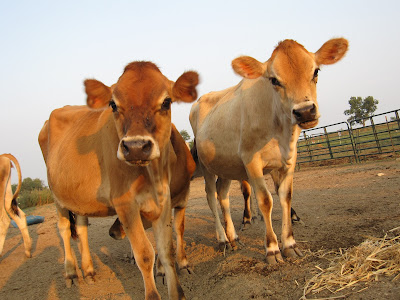 I got to meet some of these happy cows on Tuesday, when I rode out to the creamery for a tour of the cheese room with Paul. I’ll be honest, I’d never petted a cow before, and I was bowled over by how friendly these Jerseys were – Cappucino and I hit it off when she came over to lick my toes (painted blue, so can you blame her?), and soon Chai was nudging my arm, eager to be petted.
“Our cows love to be around people,” said Susan Dietrich, the farm’s matriarch and head milker. Her attention to these animals was more than a little touching; she knew all 48 cows by name. “That’s Freya,” she said at one point, “But her nickname is French Fry.” 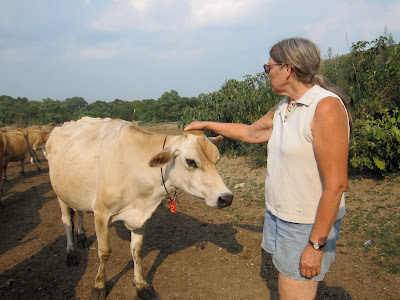 I hung out with Paul and fed alfalfa to the calves. Then we set off to explore the cheese cave, which was really an old veal shipping container. It was lined with wheels of raw-milk beauties, from glowing rounds of cheddar-like Lesher to dark circles of something mysterious rubbed in grape must. 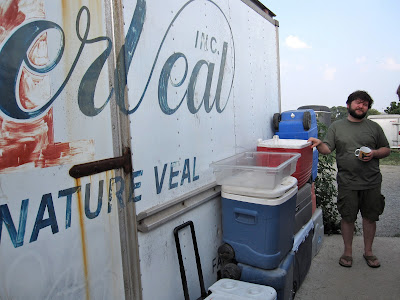 When we started tasting, it was easy to understand why Paul has stood by Keswick’s line. The Blue Suede Moo packed a spiky wallop that reminded me of Cabrales, and the Tomme Sweet Tomme had the addictive quality of a gorgeous Alpine melter. Best of all, though, was the ricotta that Paul made that day – pillowy and light, ethereal as cloudcover.
I left Keswick Creamery with a new appreciation for the farmstead cheesemaker. It takes work to milk 48 cows twice a day and a lot of extra care to turn that milk into cheese on site. At Keswick, that’s handled by just three people – Susan Dietrich and her daughter Melanie and son-in-law Mark. There’s no distribution manager or marketing guru like you’d find at a commercial cheese plant, which is why it takes a dedicated cheesemonger like Paul to make sure you hear about Keswick’s ricotta and ale-washed Mad Tomme (it’s washed in Mad Elf beer).
If you’re interested in supporting one of Pennsylvania’s farmstead cheesemakers, check out Keswick Creamery’s CSA program – for a small investment, you’ll receive baskets of cheese by mail over the next several seasons. The cheeses are unusually rich and tasty, rustic in a way that only raw-milk cheese tends to be. They’re also a taste of the lush life that 48 cows enjoy…and will, hopefully, continue to enjoy for years to come. 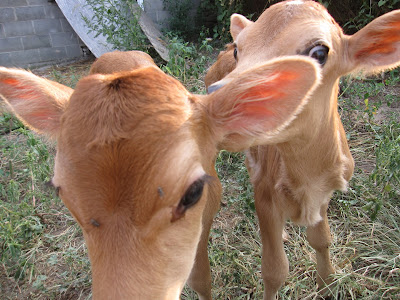 Posted by Madame Fromage at 6:20 AM