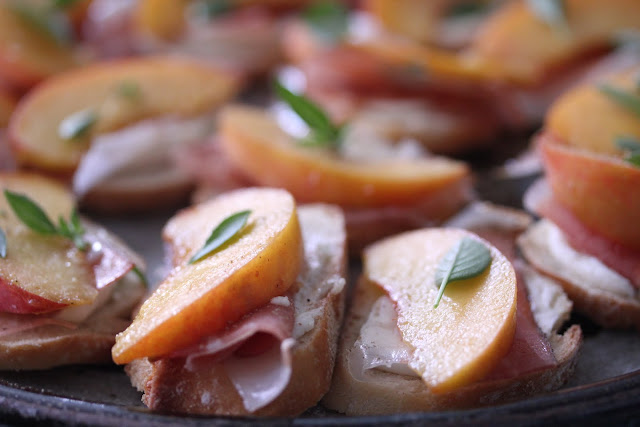 My go-to summer appetizer has become a singular obsession. It’s simple: Mascarpone, speck, and sliced peaches. Put this on toasted baguette rounds, and you’ve created the last rays of summer.

Each time I make these for a party, I tweak them a little. I add a few cranks of  pepper or some tiny nodes of flowering basil. The minute I set them on a table, they vanish and itty bitty taste-gasms ensue.

The key is good Mascarpone. I’ve experimented with different brands and I have to say that, although it’s cheeky expensive (as much as $8.99 for a wee tub), the BelGioiosi brand boots the Whole Foods brand ($2.99). The latter is silken but virtually tasteless, whereas BelGioioso is sweetly milky. 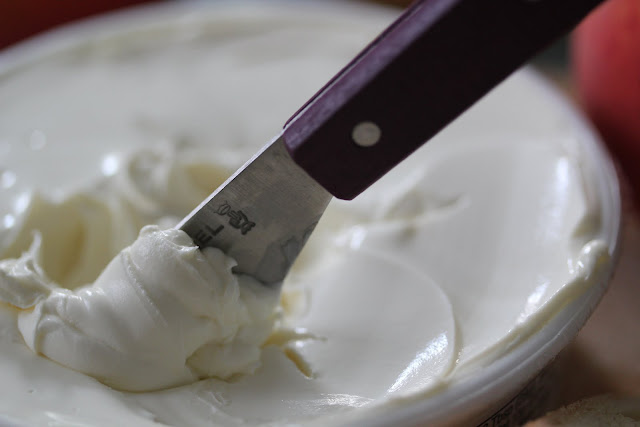 If you’ve never tried Mascarpone, prepare to wallow. It’s like Nutella’s blonde cousin – you’ll want to slather it on bread and then fall, panting, onto the couch. It’s great with jam, and it’s got half the calories of butter – as if you care. 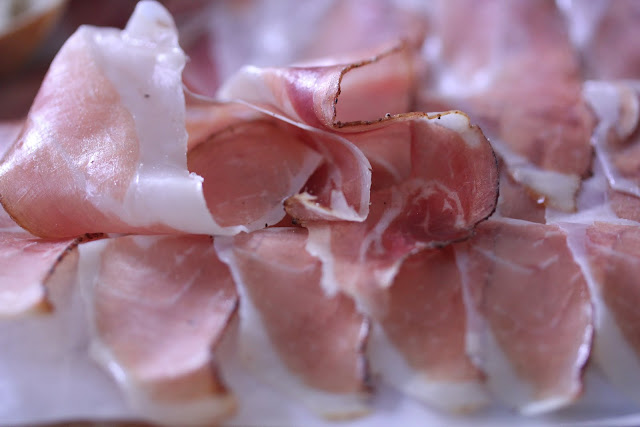 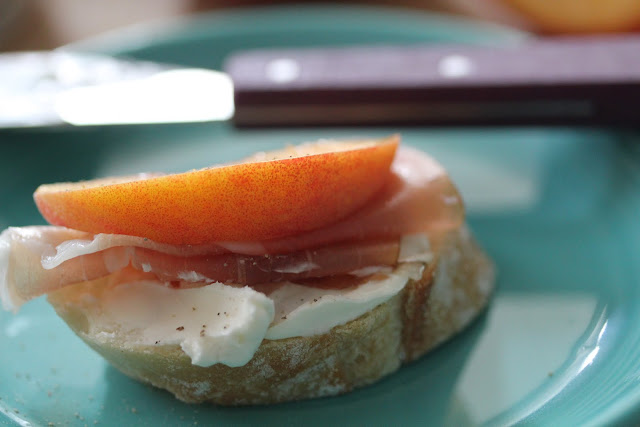 Enough naughty talk. Go to the store. If you have leftover Mascarpone, you might want to make anchovy toasts. They're my favorite thing to make on New Years Eve with Champagne.

Peach Bruschetta with Mascarpone and Speck

1.    Preheat oven to 375.
2.    Thinly slice baguette into rounds and drizzle with olive oil. Bake on a cookie sheet until brown, flipping once.
3.   While baguette rounds cool, slice peaches and toss with a little olive oil and a few cranks of pepper – this will keep them from drying out.
4.   Shmear baguette rounds with Mascarpone. Add a layer of speck, a peach slice, and top with chopped fresh basil.

Posted by Madame Fromage at 7:00 AM