Who's Who at ACS? 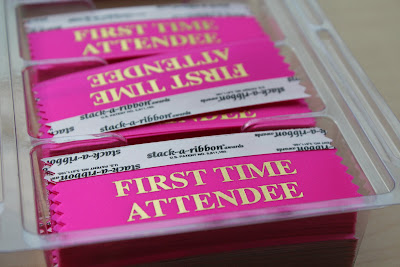 For the last three years, I’ve dreamed of attending North America’s greatest cheese party. Now here I am, one of more than 800 cheese geeks, dashing between lectures on starter cultures to tastings of ice wine.

Wondering what kind of crowd shows up at a cheese conference? Here’s an overview. 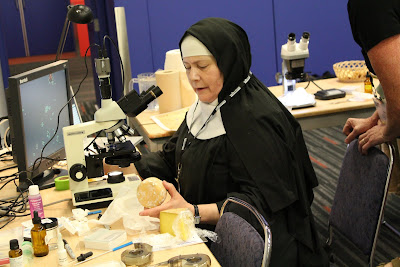 First, there’s the cheese nun. Sister Noella Marcellino is this year's scholar-in-residence. She meets one on one with cheesemakers to study their rinds and identify lurky bacteria. Yesterday morning she met with Sue Miller, from P.A. to explain some funky specks. The bacteria that Sister pulled up on her computer screen was surprisingly beautiful (like stained glass), but we learned not to get attached – it makes a rind smell like ammonia.

Then there are cheese judges, like Mary Quicke of Quickes Cheddar. She’s been in Montreal since Monday, sampling upwards of 50 cheeses per day. When the cheese Oscars are announced tomorrow night, she’ll be there, alongside a slew of other super tasters who dictate the future of artisanal cheese.

This year’s convention has brought out the cheddar heavies. After breakfasting with Mary Quicke, I sat across from the makers of Avonlea, a wonderful clothbound cheddar made on Prince Edward Island. We talked Fiscalini (a great cheddar from California) and looked around the room for the folks from Cabot and Grafton, both from Vermont. 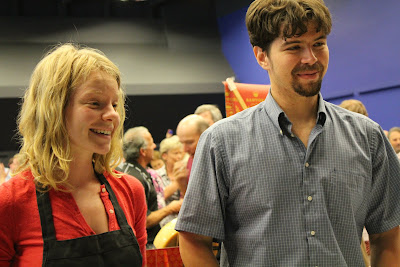 New cheesemakers are on the scene, like this adorable pair from Traderspoint Creamery in Zionsville, Indiana who are here to debut their slow-process, grass-fed cottage cheese. I don’t have a soft spot for cottage cheese, but this stuff is wonderful – like pillows floating in cream. 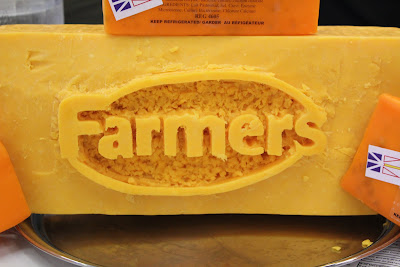 Farmers are here. Every evening, there’s a “Meet the Cheesemaker” party where milkers and makers set out wheels, and attendees flock around like pigeons, gaping and squawking. Everyone’s sniffing out the funkiest, wildest, most dewy new cheeses – you see guys in Murrays T-shirts wrangling accounts and Whole Foods reps whipping out their biz cards.

There are also authors. And loads of volunteers. And organizers.

Somewhere in the mix, there are a few of us lingering on the industry’s periphery. We’re here to take it in and tweet it out. But mostly, we’re here to nibble and eavesdrop and walk in awe behind some of the most talented dairy professionals in the business.

It’s the trip – and the tasting – of a lifetime.
Posted by Madame Fromage at 6:33 AM